LINK
They are past $300,000 dollars at the time of this post!
I detest low life thugs attacking people.  I detest more when those thugs are dumb enough to attack somebody with a rifle.  I detest most morons who label self defence as murder.

The clowns rioting and looting got stood up to the other day by a kid.  Kyle Rittenhouse decided he was not going to be a victim and used force to incapacitate his attackers.

Naturally, for not being a sheep, he has been charged with a crime (surprisingly he was not charged with rape).

I have already donated $100 to them and plan to donate more in the near future. 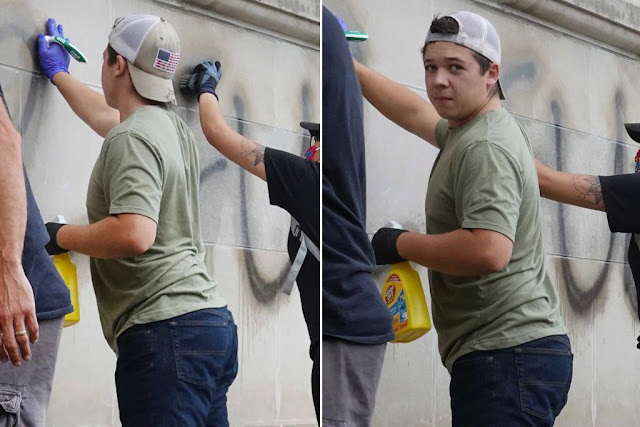 Kyle Wittinhouse cleaning the City - free of charge.  Civic-minded Kyle has been charged with a crime for defending himself against a violent attack.

A GoFundMe was started by Kyle but the dolts running that have already pulled it.

I now know another person with COVID19.  Not related to her.  She is a 73 year old with asthma and diabetes (and morbidly obese).

She said it felt like really bad allergies.  Because of her asthma, she must seek medical treatment.  When she tested positive she didn't believe it and insisted they test her again.  Positive again.

Long story short - she spent 5 days in the hospital and was released.  She's doing OK now.  She said what she heard on the news was wrong.  Her food tasted normal.  She had a fever of 101 for 2 days.  Yes she had trouble breathing, but she always has trouble breathing.

Anyway, if a morbidly obese 73 year old with diabetes and asthma can survive this thing, I think there's a good chance for the rest of us.  Happy news for a Friday.

As for BLM, Antifa, and all the other haters pulling down statues and telling people what bad human beings they are...

These people are just spin offs of feminism.

You see, feminism did this: it focused on the darkest and most negative aspects of men and male heterosexuality.  As far as the average feminist is concerned, there are no good aspects to any man - only dark traits.   Yes.  Despite the overwhelming majority men being good people - for some odd reason, they want to focus on the 1% who are not.

I am noticing that the clods pulling down statues are no different.  Instead of seeing the good in people of days past, all they see is the bad things they did - no matter how far and few those bad things are...

It's also saddening to realize that some people I assumed would be able to recognize such follies are instead gleefully jumping into bed with them.  Anti-feminists - yeah right.  If anybody supports the same process of feminism being applied to any group (see only the bad and deny or cover up the good) such a person can't really be called an anti-feminist can they? 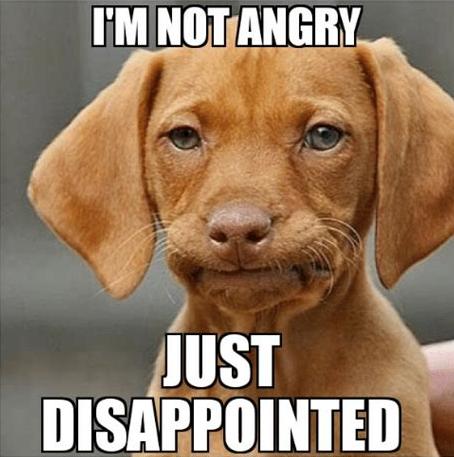 Back in May, I wrote that the riots were being staged.  I stand by this, and, I suggest now that they are being engineered.  Here is the "leaked" video from the officers' bodycam before George Floyd's death - watch it before YouTube censors it.  At around 9:00 you can hear George Floyd saying he can't breath - long before he even got tackled by the police and there was a knee on his neck.  Clearly, George Floyd had problems with breathing before the officers pinned him.

I researched the "knee on the neck" move.  It is meant to play like this: knee on the neck, handcuff, knee OFF the neck.  That didn't happen, and George Floyd is NOT the first person to die from this move.  So, I think that what happened to George Floyd is not routine procedure for police protocol, but at the same time, it seems like George Floyd had some other issues - like being high on meth and fentanyl. I had to link to that Mercury News, because the place I found the PDF death certificate no longer has it - hmm.  It should be no surprise that in this day and age of liberal censorship, it is difficult to even get accurate information.

Why did the media not give us the full story?

Why were bricks appearing in severely awkward places?

This is all being orchestrated and engineered.  The media purposely mislead all of us to believe that a peaceful man was targeted because of his skin color (and only his skin color) and murdered by the police.  They purposely showed George Floyd getting killed again, and again, and again, and again - with misleading headlines like, "Breaking Development in the George Floyd Case", or "We Have More Information for You in Regards to George Floyd" - BULLSH*T - they deliberately showed the death (and ONLY the death) in order to get an emotional rise from people.  This was not a murder, it is at best involuntary manslaughter by the officer.  The media knew this - they were hoping for riots.  When confronted with the palettes of bricks appearing at crosswalks, they purposely mislead us further.  They also mislead us about the character of George Floyd - they portrayed him as a "gentle giant", instead of a man who robbed a pregnant woman at gun point.

The idea that there is systemic racism in America is possible, but not very probable.  America has produced more famous black people than any other country on the planet.  I find it hard to believe that the country that has produced so many famous blacks in all circles is also oppressing them.

So, where is this idea of systemic racism coming from?  I am 50, and I have never seen or heard anybody say, do, or suggest anything that would oppress black people.  Do not give me the "birds of a feather" philosophy either - I pride myself on stretching out my social circles.  Of course, I've heard the occasional racist joke - but those most often are from a person belonging to the target race.  But can bad jokes really oppress an entire race - bullsh*t.  A package of Uncle Ben's rice - Aunt Jemima Syrup - a children's cartoon is oppressing black people?  Seriously??!

So, why engineer riots?  Well... why engineer Russian Collusion?  Why engineer a fake impeachment?  The people responsible for this have always hated #45 with a passion.  Why - I cannot explain that.  My guess is, he is the first president elected in a long time, that actually represents what the people want - and how they actually voted.  In other words, he is the first president in a long time to actually be elected with no election fraud taking place.  So - they (whomever they are) are doing everything they can to make the four years of his term as miserable for the people - ALL PEOPLE - of America as possible.

So - who are they?  Well, I am hearing all kinds of things - big corporations funding and buying elections, a small group of elitists rigging elections, child predators who have taken over and are now afraid of being exposed...  I don't know.  I don't care.  All I know is - somebody is taking a crap on black people - they are using black people to enforce their narrative and their agenda - and many black people are not falling for it.  Whomever "they" are - they cannot win - and it is showing on a daily basis if they are getting desperate enough to be so clumsy and make so many mistakes to be so transparent.  All you have to do is google or search on YouTube - you'll see images of white people handing a brick to a black woman and the black woman handing it back, Black Lives Matter protests consisting of nothing but white people, rich black Americans claiming that they are oppressed (like Oprah or Colin GotNoDick), statues of famous black people like Frederick Douglas being torn down in the name of anti-racism, antifa accusing a group of Mexicans of being white supremacists, and all kinds of utter nonsense that has no bounds.