Why you should watch "Richard Jewell"

My previous posts on this, I kind of pussy footed around - hoping not to spoil any thing in the movie.

I'm not going to do that this time. 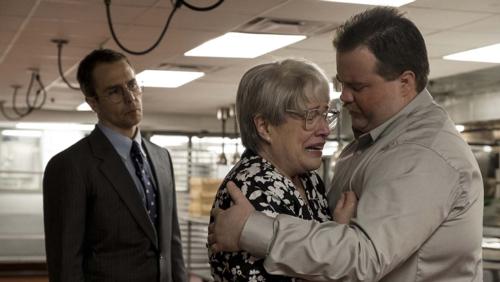 Richard Jewell is a movie that any disenfranchised man should watch.  You might be thinking something like, "I'm not fat", or, "I don't live with my Mom" etc...  Both shaming tactics if you think about it.  Most of us are in the same boat - regardless of skin color, cultural heritage, weight, height etc...  Richard Jewell represents the plight of the loner male in America - and how extreme and out of control the hatred of men has become in the Cuntry - in more ways that one.

Let's do a list of reasons you should watch this movie. 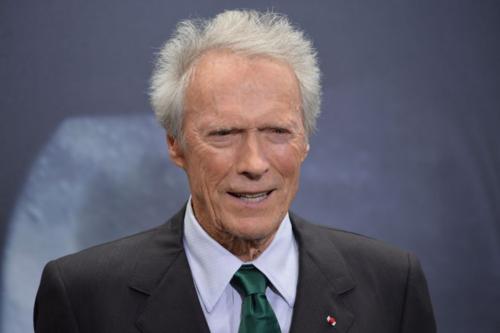 2. In the FBI interrogation room, Richard Jewell is asked to sign a release form - I believe the FBI agents were trying to trick him into signing a confession - NEVER SIGN ANYTHING ANY GOVERNMENT OFFICIAL ASKS YOU TO IF YOU ARE ACCUSED OF A CRIME
The movie showed that scene, and I was mortified - they were trying to get him to erroneously sign a confession - and here I thought that was illegal in America.

3. The "thing" that gets Richard Jewell into so much trouble in the media is a "modern enlightened evolved" women...  Her promiscuity, drug use and hatred of men are briefly touched on in the movie - she refers to Jewell as "the fat fuck that lives with his Mom."

5. Kathy Bates plays Jewell's mother.  Yes, Kathy Bates might identify as a feminist - I don't know - it is irrelevant.  She is a good actress.  Feminist or not.

6. One key point made in the movie - the lead antagonist Kathy Scruggs does not have a change of heart until she hears Jewell's mother badmouthing the press and the investigation.  No woman cares what any man has to say - or what any evidence might suggest.  Only a weeping woman is adhered to - whether said weeping woman has legitimate grievances or not.  A crying woman can always be trusted and listened to - no man can.

7. I watch a lot of real crime TV series (like say - Forensic Files).  A tired cliche - when it is not the husband that did it (murder) - it is some loner male.  Yeah - right.  I actually have watched several where the accused loner male fought the system - and the system fought back hard - yet the loner male prevailed - and SCIENTIFIC EVIDENCE revealed his innocence - and often revealed corrupt judges, police and other government officials.  Richard Jewell depicts the plight of the loner male wrongfully accused - and taken to the Nth degree.  I often wonder if the police often pick loner males because they cannot provide an alibi - and cannot afford good legal counsel...

8. There is a good amount of humor in it.  For instance, if my memory serves me, Jewell says, "I just want the whole world to know...that I am not a homosexual."  Funny if you think about it - here is a man accused of TERRORISM - and he is more outraged by the incompetent presses attempts to slander him as a homosexual.


THE MOST IMPORTANT REASON OF ALL

And yes, I did catch this.  I think Clint Eastwood purposely tries to convey a message that the FBI and the MEDIA are two franchises in America that are not to be trusted.  They are shown as corrupt, incompetent, and hateful organizations - accurate I am sure.

Many media outlets actually had the unmitigated GALL to point out "inaccuracies".  Now - my my my - ain't that the pot calling the kettle black...  Seriously - it is just laughable at this point.

When the same ass-hats that tell us 300,000 women are trafficked during the Super Bowl, 1 in 4 er 5 er 6 women will be raped every 6 and a half hours, and 98% or all men sexually harass women ... when clowns like that say it is a bad movie - I personally feel an obligation to watch it - which I did - and I absolutely love it.  When it comes out on DVD - I am going to buy it and watch it again.  I found that at home, I can pause, rewind and whatnot to catch things I missed in the theater. 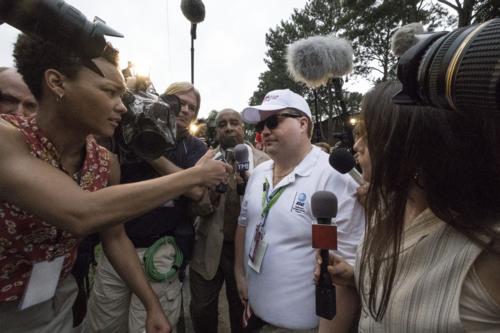 I knew the explosion was coming too - I braced for it - and I still jumped in my seat when it happened.  The cinematography was absolutely OUTSTANDING!