Some people just don't get it, and never will.

Brace yourself, I'm going to get abrasive, and I'm going to venture off the map - where there be dragons.  This post might offend some people - and it should.

I watched the latest Pussy Joseph Twatson video called "no eggs" or something - OK - I'll link it.

Paul Joseph Watson is - or at least WAS a carpetbagger.  For a while, he told many men what he thought they wanted to hear - without believing a word of it.  Yes, he pinned feminism as a problem - but he did not believe that - he just wanted to gain support - much akin to what carpetbaggers did.

He's a fake - allow me to point out some key points to his latest video which he talks about women rejecting birthing children (of course - HE NEVER MENTIONS FEMINISM).

In the video, he claims that men are talking women into acting the way they do.  In other words - men are to blame for everything - yawn...

He also used a term, "hypersexualization".  I remember this word from college.  It was a feminist code word for, "Damn, we can't do sexless marriages anymore - I know, let's make a new word!" Basically, feminazi's were complaining that some of teh menz actually wanted to - heaven forbid - have sex with their wives - i.e. those monsters wanted to hypersexualize their wives...

Overall, when I see PJW, all I see now is a clown. 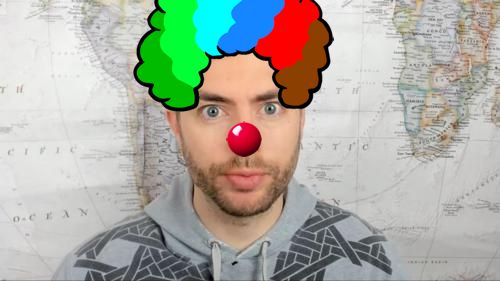 Watch the video - if you want - comment below if you see flaws that I missed.

There is one really interesting point here that I have to talk about.

18:12 in the video - he starts talking about Muslim immigrants - specifically, the radical Muslims.  The ones that want to kill Americans.

He claims that the reason feminists/modern women are being drawn to "Patriarchal" style men, is because they crave the old school masculinity.  I have heard many in the MRM/MGTOW spew the same line of verbal diarrhea.

Modern women (thanks to feminism) want to see their native male population's dicks cut off, stuffed in their mouths and then get stabbed to death.

Feminism is was and always will be a HATE MOVEMENT.

It is not about equality.

It is not about fairness of opportunity.

It is about HATING MEN...  PERIOD.

It makes sense they welcome ANY one who will kill the men in their lives.

That is why the feminists and radical Muslims are, as oblivious morons put it, "strange bedfellows".

Huh - nothing strange about it.  Hateful people aligning themselves.  Not strange at all.

This is a male-shaming tactic too: MAN UP.  Because you are not manly enough, women don't like you.  They prefer manly men who kill others.  I do read a lot of crap in the "Man-O-Sphere"  Pretty sure I am the only one who spotted this - most blogs gleefully talk about how women are drawn to masculine men - fuck off.  Feminist infected women want to kill their indigenous male population because of hate.

Now, that said, I recently visited the incels forum.  I cannot remember where I was, but I remember reading a thread written by Middle Eastern men calling themselves "SandNiggers".

I tell ya, it really broke my balls.  I wish I could speak to these people in person.

I was HATED by women - and I am not a "SandNigger".  If any people from that forum are reading, it's not you - it is this country.  Most of the Middle Eastern men I have met are upstanding human beings - and look like GQ cover material.  It is NOT YOU - IT IS FEMINISM.  FEMINISM IS A HATE MOVEMENT - HATRED OF MEN - PERIOD.

The women here hate men - regardless of color, ethnicity etc...

The only type of man they are willing to put up with - is a man who will kill or hurt other men - it is what fuels them - hatred, sadism, cruelty...

The women on the view, and the entire all-female audience applauded and cheered a male (white male) being castrated by his wife. You do not see anything similar to men acting this way - it is just women.  Modern women who have been completely polluted by feminism.  Feminism is a HATE MOVEMENT.

Because it was under the guise of being about "equality" it went unchallenged until it was too late.
I am seeing a very disturbing trend in the Man-O-Sphere/MRM/MGTOW circles.  It seems like quite a few are trying to re-write what feminism was/is.

The PJW clown is one of them (a self-purported red-piller too!).

I might have to devote more time to debunking these clowns.

I signed it.  I believe the whole Trump impeachment fiasco is partisan politics gone way too far.

Liberals and Democrats should be really embarassed by the rest of their party now...

Anyway, if you live in the U.S. please sign the above petition.
Posted by ScareCrow at 12:36 PM 5 comments:

So, everybody has heard about the devastating effects of the wild fires in Australia...And they're because of global warming right?!?

I remember about two years ago, I was working at a small start up company - with a bunch of people half my age.  California was on fire - they were all talking about global warming.  I broke in and said, "If this is because of global warming, how come ONLY California is on fire every year?  Does global warming only effect ONE state in the U.S.A???"

My question killed the conversation, and everybody just looked around at each other - dumbfounded - as if they were all thinking, "yeah - he's right - why just California?"

Global Warming or more generally "Climate Change" is fake.  It is a LIE. 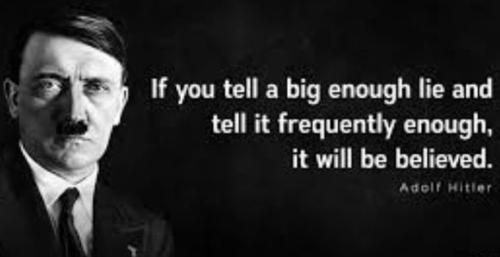 The wild fires in Australia were caused by arsonists and lightning, not climate change.  The Australian government has arrested nearly 200 people for starting fires.  The reason the fires spread so bad killing 28 people and nearly 500,000,000 animals is because of poor land management - something that climate change junkies exploit to enforce their own junk policies.

Yes, you heard that right.  Australia and California have something in common - they have both adopted 'Green' policies that do way more harm than good.  You see, controlled burns (or prescribed burns) are illegal in both those places.  Hence, the out of control wild fires.

So, you have a group of people who are responsible for 28 people dead and HALF A BILLION animals being BURNED ALIVE.  Will they be held accountable?  Or course not.  Although, they should be.

There are many write ups about this, just internet search it.  Yet, in the face of strong opposition, politicians keep pressing that agenda - they keep spreading the lie - and SHAMELESSLY.

These ass-hats are now killing people and burning animals alive.  They are truly sick, and should be held accountable for their actions, but I guarantee - they won't.  So, let me re-show the meme of the animal burning witch known as Greta Thunberg: 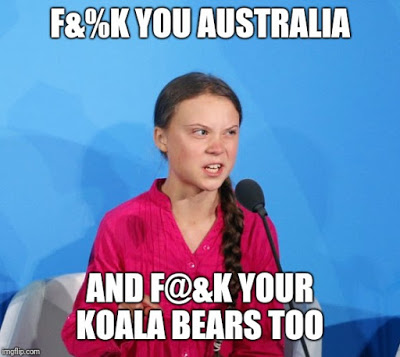 
All that said, one might ask, "ScareCrow - uh - what does this have to do with anti-feminism?"

Well, feminism, like climate change is also a lie.

By studying one lie, and how politicians exploit it to get votes, we can see how older lies like feminism started - and grew to such destructive proportions.

Women only earn 86 er 75 cents for each dollar a man makes.
1 in 4 er 3 er 6 women will be raped while attending college.
300,000 women are sex-trafficked each year.
Blah blah blah - we've all heard these lies. 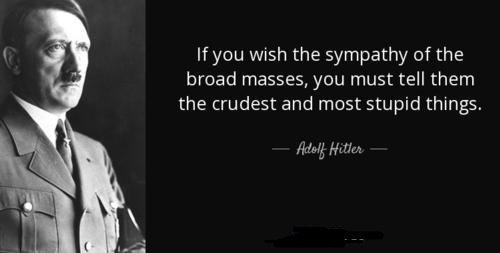 Adolf Hitler, like most modern politicians, employ lying (convincing people of lies), so they can get votes.  Most politicians claim they will end the wage gape, sex trafficking, sexual harassment, climate change etc...  They need weak minded people they can convince of these lies, and also convince them that THEY are the solution to those problems.

Politicians have been SHAMELESSLY filling people's minds with garbage for decades now.

We all know the destructive effects feminism had and keeps having on society.

I wonder what the effects of the climate change lie will have. 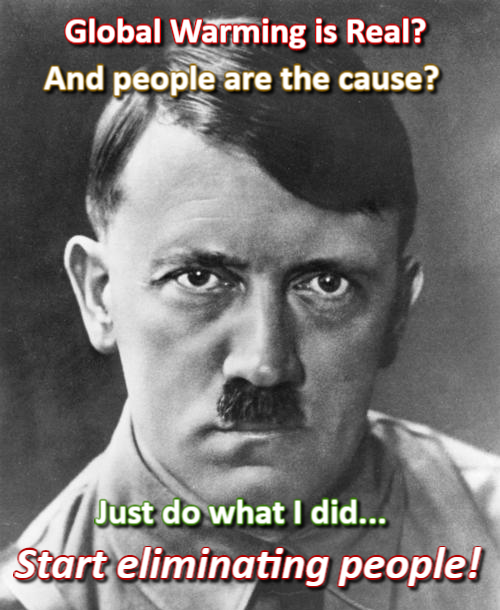 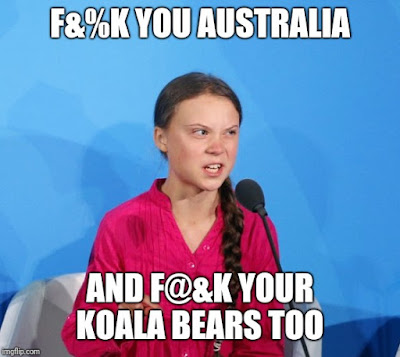 Why the Lame-Stream Media and Hollywood Lionizes Chucky Manson

Here is how the media displays Charles Manson: 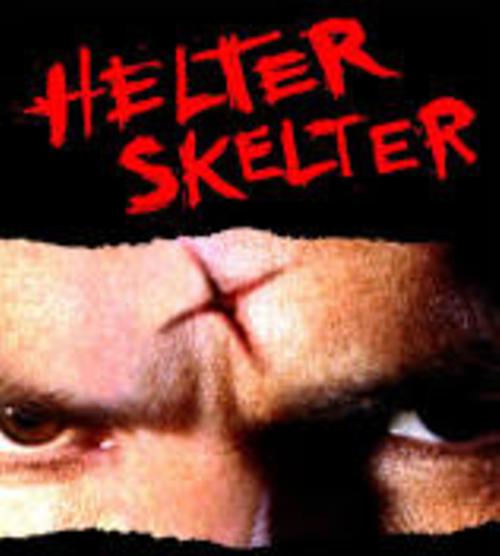 Note the evil eyes - and the strong brow... Gee - Chuck must really be fierce! I'm Scared!!! 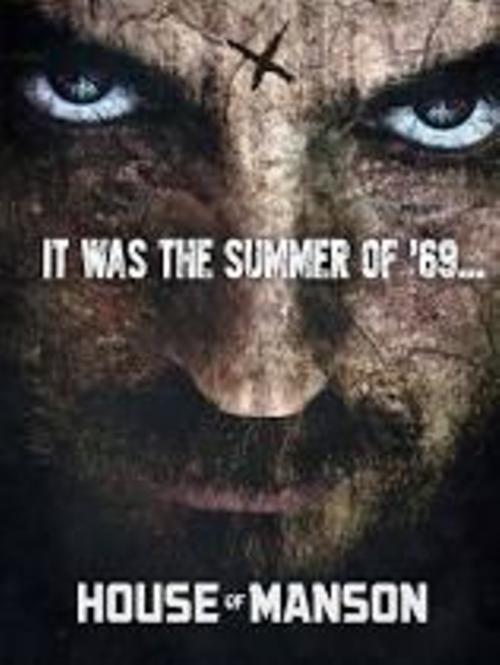 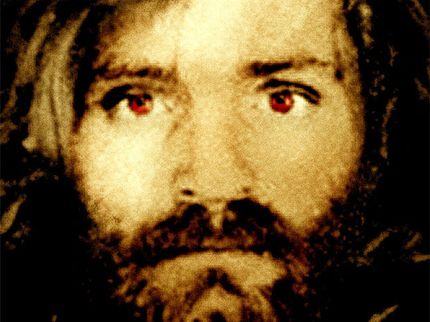 OK, here is an actual image - albeit photoshopped - notice the evil eyes! Yikes! 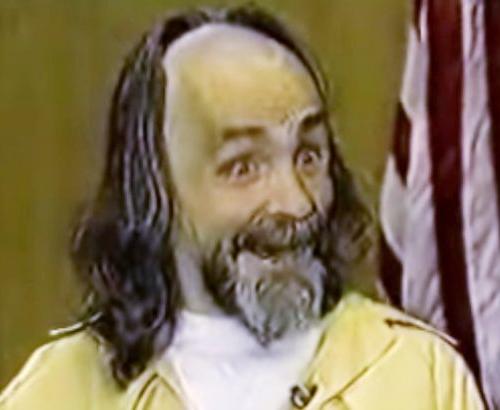 So - the point has been made. There are scads of documentaries and movies surrounding Charles Manson. I always wondered why. I noticed that they portray him as a real "lion" of a man.

Except in one way - with women. He actually had his own harem - look it up.

I remember when I was in high school, this one young lady (who I thought was extremely good looking - she was also the 'rich girl') was asked about what she thought about the Charles Manson documentary that was on a local channel the night before.

This was a small pinch of an eye-opener for me (in regards to women).

I wonder though - why does the media keep lionizing this man - he's a dolt.

I think I have a good hypothesis - derived from one of Dr. Kshatriya's posts regarding Lower-Class Blue Knights:


The blunt truth – that they lost out on love and sex with a prime female – would make their minds implode in psychotic rage. This is why these inane poltroons loathe the very shadow of the Anglobitch Thesis and all Red/Black Pilled thought. If they realised their real situation even for a moment – abject loserdom, wading lives devoid of love and sex – they would instantly kill themselves.

If clowns like Charles Manson were not lionized, and people (the Blue Knights) saw him for what he is - a short loser druggie who got lots of "tail" - the Blue Knights might just act the way Dr. Kshatriya describes... 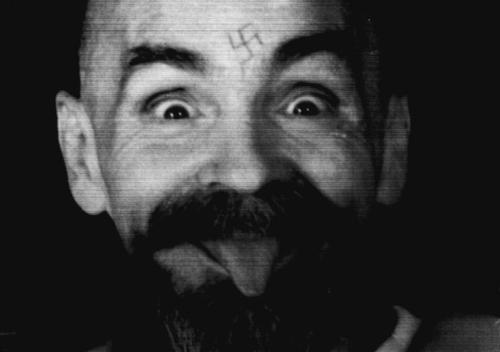 I think the media feels compelled to lionize Charles Manson - the last thing they would want is the truth about female nature revealed...

They must do everything they can to perpetuate Sexual False Consciousness although - this particular case might not be quite hitting the nail on the head in that realm, but I think it falls into the general category. 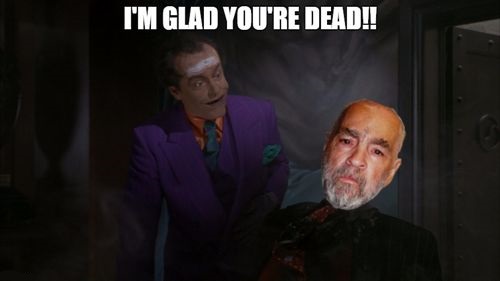 I'm not going to waste time talking about how faggot atheists categorize Manson as an 'alpha-male' - I usually make myself laugh too much making jokes about their stupidity.  Maybe later in a joke post - which YES - I will be returning to soon...  I'm stuck on making YouTube Poop right now...
Posted by ScareCrow at 10:37 PM 5 comments: