I think something really needs to be discussed in these circles: the weaponization of sex.  When I speak of this, I am not referring only to the cranky house wife who uses sex to manipulate her husband.  I am referring to human filth like Christine Blasey Ford: 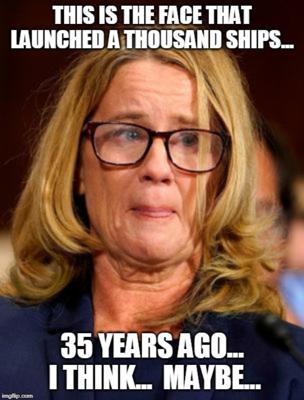 Christine Blasey Ford: maybe it's just me - but I can smell the Prozac just looking at her.

Now, I am not the powerhouse intellectual in these circles. Fact is, I am kind of dumb. But even I recognize how destructive women like this are to society with their lies. They turn women against men (#MeToo), and they disrupt societal norms (sic - you will NEVER see this kind of thing being published wide spread if it happens among lesbians or gays/transgendered LGTBQ and whatnot). No, the "privilege" of having sex used against one as a weapon is reserved strictly for straight men.  This is what modern day liberals refer to as "male privilege". 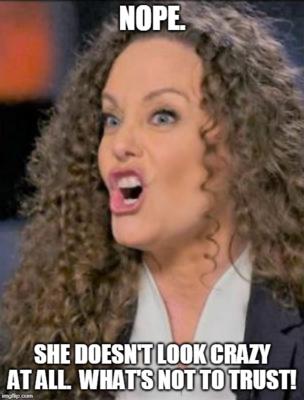 Now, in my previous posts, I mentioned Jeffrey Epstein.  Yes, he too weaponized sex.  I am completely aware of that.  However; the crimes of men are repeatedly pointed out, and exaggerated.  I do not feel any need to rehash.  Although, the fact that Epstein was weaponizing sex is NOT pointed out by the media - big surprise eh?

I personally think that weaponizing sex should be illegal and carry severe penalties - like having to register as a sex offender after spending say 10 years in prison.

I cannot think of any positive benefit from weaponizing sex other than to deteriorate sexual norms and turn the two sexes against one another.  Everybody loses.  Well, everybody loses, except for the politicians who truly exploit women, by fabricating things like wage gap and out of control harassment.

Sex between men and women is normal and healthy.  Installing guilt, using it as blackmail, or installing a false sense of fear in women to obtain votes is SICK.

When politicians constantly dredge up sexual actions of politicians and use them against one another, it destroys male/female relations.  Men and women who have healthy sex lives live longer.

All the talk about "health" coming from politicians - and "health care" - yet - the majority of them keep on polluting sexual relations by weaponizing sex.  Does anybody else see the contradiction?  Is it just me?  Any women reading?  Do you really believe that men are out to rape you or sexually harass you at work?  Seriously?

I cannot believe that anybody listens to any politicians these days.  They are sick human beings for the most part (except for Donald Trump - the greatest president ever). 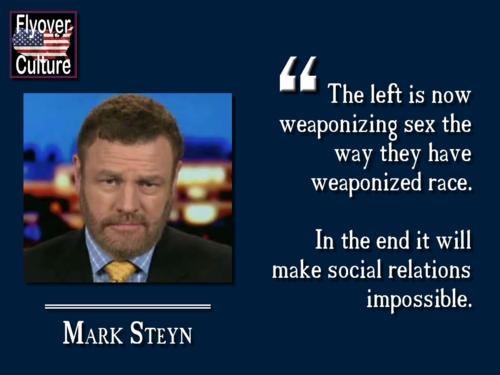 I would personally like to see weaponizing sex be made illegal, and offenders getting jail time and having to register as sex offenders.  However; when I do an internet search for such things, it seems that the very concept of weaponizing sex has already been 'stolen' by fems and libbies.

How I define it:

OK.  Somebody touched you inappropriately.  Why did you wait until they are running for a political office to report it if it bothered you so much?

OK.  You had sex with somebody, and once you found out he was the wrong political party/race/whatever vaginal politics you uphold and now you want to call it rape?

OK. You decide that a certain boy in your school is not "likeable".  You decide to falsely accuse him of sexual harassment.

Having sex is not a crime (or at least it should not be).  Men who want to have sex with beautiful women should not be thought of as criminals.

If you think they are - you have problems - you need help.


I can only hope that I have made it clear how I define weaponizing sex.  Leave your own thoughts below.

Please try to stay focused, and remember that STRAIGHT MEN MATTER, and their desires are not evil or criminal - they are natural and beneficial for both men and women.

It is the politicians and others who seek to drive a wedge between men and women - forcing them to be in poor health - keeping them weak and unhappy.  That way, they can convince the more weak minded people (typically women) that voting for them will somehow fix the problem.  It never has, and it never will - if there are any women reading - try to get that into your thick bitchy head.

No.  The politicians are the problem - except for Donald Trump - the greatest president ever.

They need to STOP weaponizing sex.

Final thought, and a funny pic: 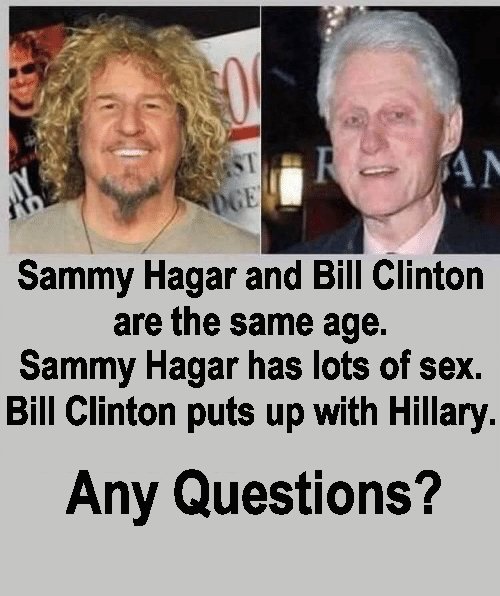 Please leave your comments and thoughts below.  If I get enough support from people in America, I will write a letter to the president and my limp-wristed faggot senator Harry Reid to make it illegal to weaponize sex as I defined above.

Posted by ScareCrow at 6:12 PM