Just to demonstrate how bad modern woman can be, here are some links for your disgustment.

Woman gets fired and puts feces in fridge and oven

Another woman puts feces into her sons IV

Woman smears feces during a fight

Don't take my word for it - try googling things like this. It really shows how degenerate women have become. I guess that if men stop fapping, this would not be happening? I don't know. 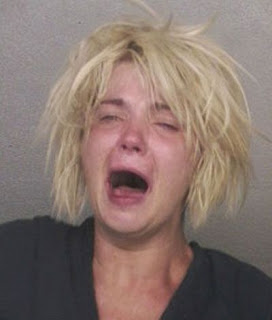 Right now, I am watching a documentary on Charles Manson - told from the point of view of one of the women who were in his "harem".  I feel no sympathy for her whatsoever...proud of myself

On a brighter note - I saw an old Japanese movie called, "Attack of the Mushroom People" or "Matango".  I loved it.  For real - I made fun of it, I was intrigued by it, I was really enjoying it.
Here are some images from it: 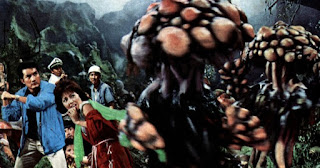 Yes I know - it looks real goofy - it was...  But after reading through the small portion of stories above - I really needed something goofy.  Interesting point too - The characters reminded me of Gilligan's Island...

Posted by ScareCrow at 9:24 PM