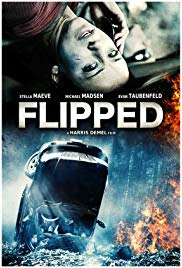 I was laughing hard.  A super model who hooks up with abusive men crashes her car, and her only link to civilization is a man on a cell phone call.  The man said quite a few things i have read online in these circles.  Yes, he chastises her for seeing many men as "invisible"... Well, check it out if you want.  It's free to stream on TUBI.  I'll only add here that it gets weird near the end.

My health update:  A commenter suggested I go to a chiropractor, and I have been.  Occassionally I still have trouble breathing and swallowing, but it's not as severe as it was.  And it DEFINITELY was not as bad as it was in 2012!

I also read up on back pains - Vitamin D is supposed to be good for that.

As far as mellowing out your state of mind - KAVA.  I started out by taking a small sample (to make sure i was not allergic) then ramped it up.  It doesn't make my problems go away, but it does reduce their nagging.

I appreciate the advice I got on that post, and woild like to thank everybody who participated.

My next post will be about the bad tempered aura men recieve from modern women...  My main focus will be this:

The Hatred You can Expect.

Being a straight man today is no picnic.  Male sexuality has been branded as disrespectful of women.  It isn't.

Add onto that, men of the past all being labeled as rapists, pedophiles, and wife - beaters and the problem gets worse.

To throw some gas onto the fire, there is now a stupid cunt politician with the battle cry, "all white men are prejudiced!".  Yes, laughable to anybody with an IQ over 50, but apparently, the inbreeding laws in New York are very flexible.

When I was in college (more than 20 years ago now), I always wondered why all the hatred from women...

I used to think it was because women have all kinds of false data pounder into their head - which they do...  False stats about rape, sexual harassment, pedophilia and other things that never happen.  It's all designed to install a sense of outrage and vidictiveness - which it does.

If they were forced to confront the fact that 99% of the men out there are exceptionally decent people, they'd be forced to look at the way they treat men, and ponder who the real haters are.

Women are the real haters.

Women celebrate domestic violence aimed at men (see incidents like Katherine Kieu Becker and Lorena Bobbitt).  Men frown on any violence aimed at women (you can google how many men have been murdered by lynch mobs after a woman FALSELY accuses them of misconduct).

Yes, you do not see men applauding domestic violence or any violence.  You CANNOT say that about women.  This is a fact.

Women are the haters.
Women are the abusers.
Women lie about things like rape, harassment and pedophilia to have men they deem "unworthy" of their smelly cunts eliminated.
Women pervert sexual relations.

A sense of guilt?

Men have one, women do not.

Respect for human life - or any life?

Women kill their own children, unborn or not with no guilt or remorse.  They believe they "own" other human beings, and can therefore extinguish them when sentient beings become inconvenient to them.

With an attitude like that, how much "respect" can they show any human being?  Man or not?

Women are not capable of respecting other human beings, they consider other people as their property at times.  No respect will be shown.

Women will happily have you thrown into the poor house, starving, dying, and they will rejoice.  I have seen this too many times.

The reason they hate men like myself so much?

I recognize them for what they are.

If you hook up with a woman, guard your money closely.  The only thing all women want is to destroy a man's  finances.

Other things all women want is to destroy a man's sexuality (if they are straight).  Different women go about this in different ways.  Some will be rude and uncivilized towards all men approaching them.  Some will flaunt to the world how gross women are (over eating or fecal smearing).  They all have their own methods of destroying the male sex drive.

Women are out to destroy you.

The straighter you are, the more hated you will be.

The whiter you are, the more hated you will be.

Get this into your head.  Or suffer in ignorance.
Posted by ScareCrow at 10:25 AM 3 comments: