Because of the recent bombing SHOOT! I mean uhm - thinguhmuhjig in New York, Government Authorities and other screwballs have decided to make plans for a two-day waiting period for anybody wishing to buy a pressure cooker.  Here is what our reporters captured: 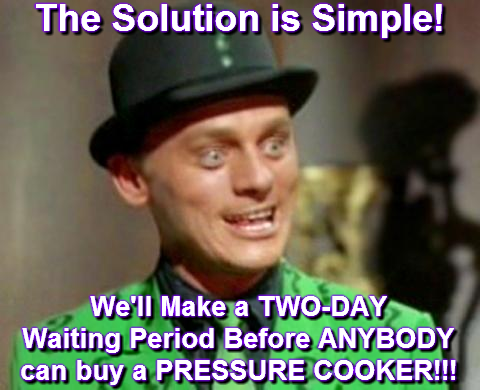 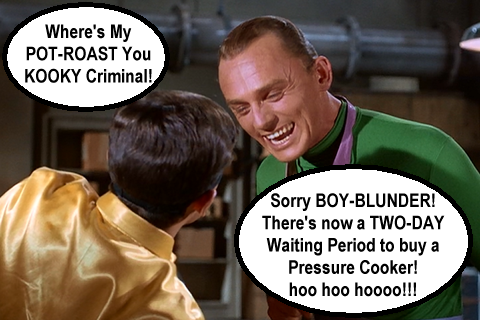 Oh yeah - in other news, 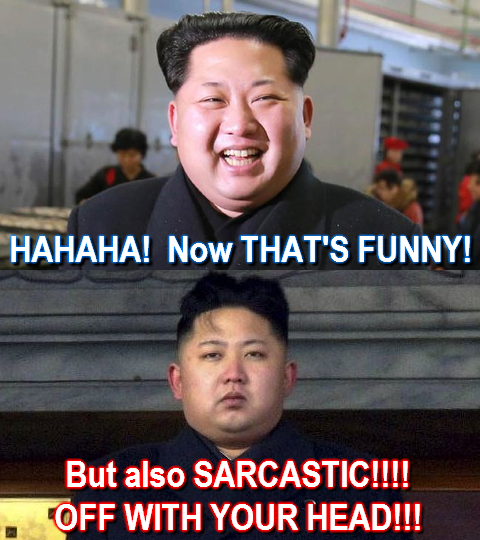 Dang. Glad I am safe here in the U.S. from maniacs like Kim Jong Un who would jail me for my sarcasm. So much better here in the U.S. even with the bombings INCIDENTS, and Muslims peacefully stabbing people to death and our seriously f**ked in the head leaders walking on eggshells and ignoring real issues and instead trying to get free abortions and free breast implants for little filthy whores who hate my f**king guts for being straight and would laugh if I got my penis cut off...