Murder and Male Resentment Monday - Oldie but a Goody!

Check out this way boner-licious babe - a super model too! 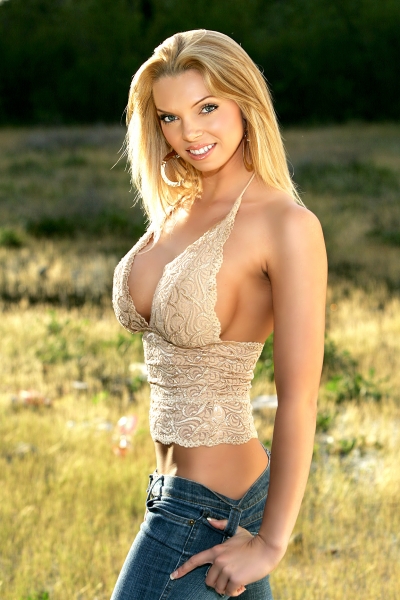 So, was she a gold-digger like I have heard so many times in the man-o-sphere flaming faggot brigade? NOPE! Well, not really - she did not hook up with doctors or lawyers or whoever has money these days. She did hook up with a drug dealer who ended up in prison, then hooked up with a real estate investor SCAM ARTIST - Ryan Jenkins - who supposedly killed her. 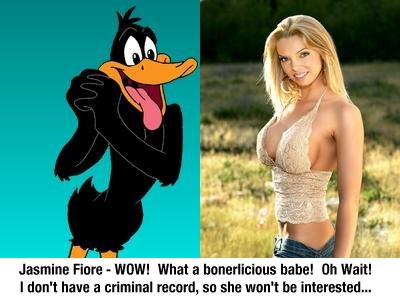 While she was involved with Ryan Jenkins, she was having an affair with prison inmate Michael Cardosi.

Does she know how to pick 'em or what! 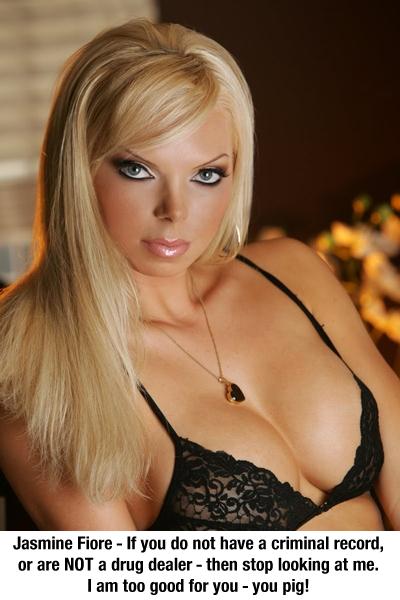 Instead of her badly beaten and crushed body being discovered inside a suitcase in a dumpster down an alley in Buena Park, California with her teeth, fingers and clothes removed after being strangled - she could have been involved with - dare I say it - a SELF-PURPORTED NICE GUY!!!! 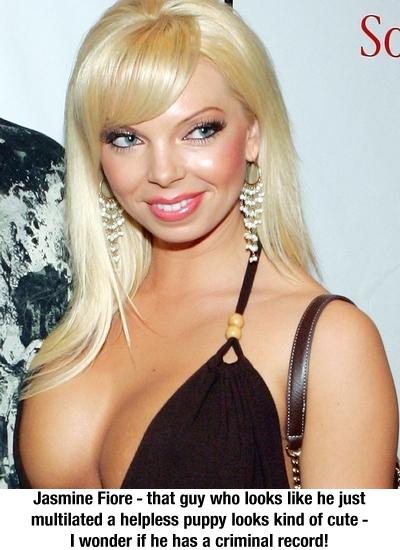 Thank goodness she was murdered before anything bad like that happened! 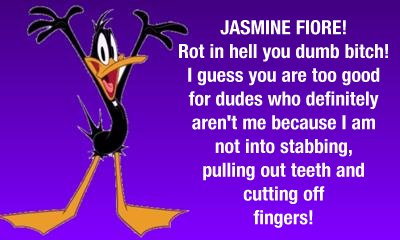 I apologize to the human race for a second. When I heard that her fingers had been cut off, her teeth pulled and her entire body was stuffed into a suitcase, I actually laughed. Seriously - I laughed. Am I turning into a sick bastard or what?

My laughter stemmed not from an overly-opinionated rage like found in some feminazi - No, my laughter was because of all the rotten horrible things that women have said to me when I was in college - and I often wonder, if I had approached Jasmine Fiore back then (and she were the same age as me) - would she have said something rotten like "Fuck you", "Fuck off", "Don't look at me I am too good for you", "I am like, so out of your league" etc... I guess I did deserve those things being said to me - after all, I would have the audacity to say things like "Hello", "Hi", How are you" etc... Geez - what a creep I was!

You got all the choices when it comes to sex - you picked your wine, you drank it - it was poison. I have no doubt that you look down on guys like me (who will never taste wine) with contempt.

I am glad you are F**KING DEAD JASMINE FIORE!