Rachel Canning Still Alive After Being Choked by Boyfriend - DAMN!

In case anybody reading is not familiar with who Rachel Canning is, she is the New Jersey teen that is suing her parents to pay for an apartment and expenses because she "does not like living by their rules". I.E. She wants to move out, and have her parents pay for it all - instead of getting a job - which I guess she is too good for. 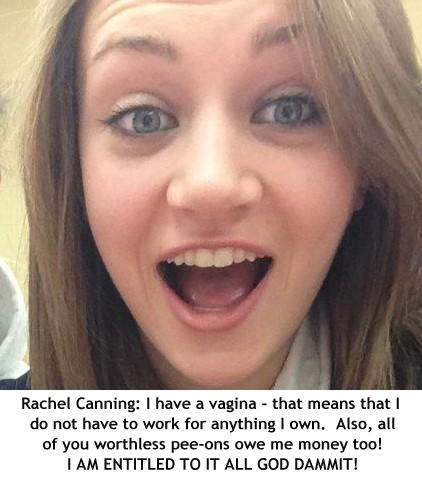 I cannot make this up.

Anyhoo, she found the man of her dreams - a dumbnut that will blindly do anything she tells him too. 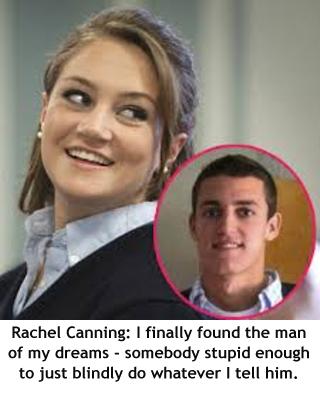 Rachel Canning's MONGO - or whatever the f**k his name is - actually has a few brain cells - and most likely got sick of her bitchy entitlement attitude and choked her. 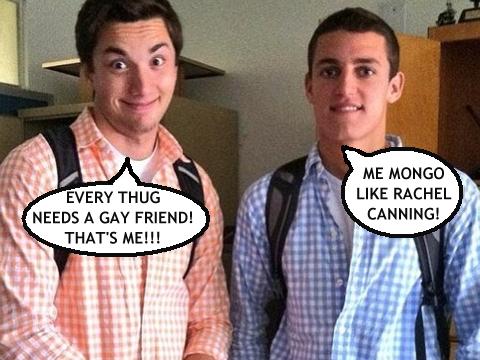 Rachel Canning got a restraining order against her boyfriend - then of course - dropped it. Every spoiled rotten bitchy princess needs her knight in shining armor to boss around and vent on until a medical doctor prescribes prozac or lithium.

I have just heard that his name is not MONGO - but I am not going to correct it. This mindless ass-twit STUPID enough to date this c**t isn't worthy of a name. 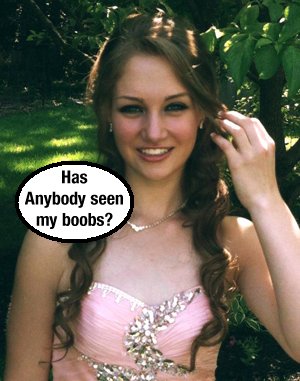 Overall, I'd say she looks like an average 18 year old girl in America. Again, I want to re-iterate something - she is not FAT, she is not UGLY, and she is not DRESSED LIKE A SLUT.

Awkward to say the least; not just her attitude towards her own parents - but the belief that all rotten brats with entitlement attitudes are a combination of FAT, UGLY, or DRESSED LIKE SLUTS - or even FEMINISTS for that matter - found so commonly in the man-o-sphere. They are not - they come in all shapes and sizes. 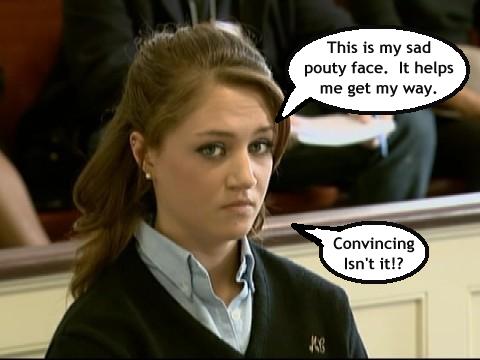 Rachel Canning - she actually got a $56,000 scholarship too. I would guess that any scholarship program would be embarassed by the mere mention of her name - but not with modern academia. Psycho Entitlement Bitches are exactly the kind of women they want polluting their campuses.

Well, hopefully, she'll end up being a Murder and Male Resentment Monday - but for now - whore hum.

What Rachel Canning needs, is a good caning. 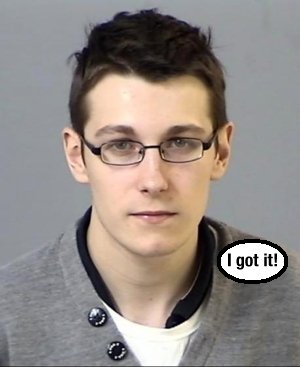 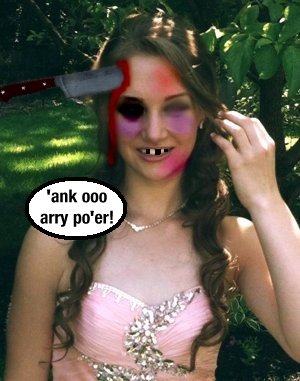 Rachel Canning - is it me - or does this look suit her better?

Oh Me Oh My - I am advocating violence against women...

I mean, it is not like I am advocating violence against some spoiled rotten human being or anything like that. Rachel Canning has a vagina - therefore, she can act as rotten as she wants - if anybody criticizes her, well, they clearly hate ALL WOMEN, not just the spoiled rotten ones that act like little shits.
Posted by Richard at 5:39 PM 17 comments: