Willy Wonka and the OOMPA-LOOTAHZ!!! 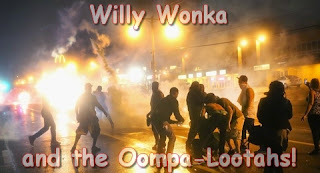 Michael Brown? Who the f**k is that? 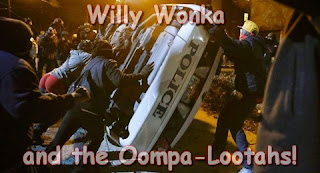 Let's see if we can make this police car flip 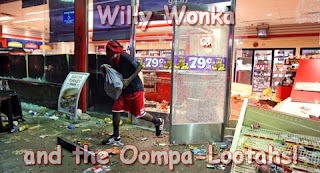 This is how - we make small businesses flee 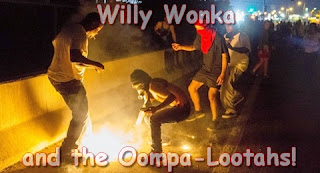 Let's play with fire - and hope we don't get burned 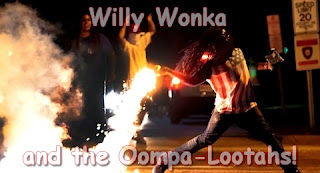 That's what we are - really f**king dumb

I hope you all have a nice Thanksgiving. Piss PETA off - and eat some meat this weekend.
Posted by Richard at 2:41 PM 2 comments:

To start, if you are not a loser or a waste of space, you probably will not find these recipes appealing, and you will not be able to cook them either, because the dumb-f**king-bitches like Cerys Yummy Yemm won't come near you because you are not a psychopathic killer. Just ask Jessi Leigh Foster.

Remember ladies - watch out for those self-purported-nice-guys. 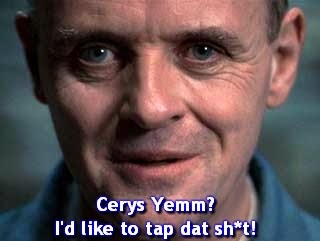 They are all out to get you!!!!!
Instead, be an empowered, enlightened, modern, evolved woman, and hook up with trash like Matthew Williams et al...

When you are murdered, I'll laugh my ass off!

This has got to be the most hilarious one yet. Yeah, she is definitely "out of my league", and also "getting flushed out of a toilet about now"!!!
BYE CERYS - I sure as hell won't moan the loss of a psycho-chasing bitch like you!
Posted by Richard at 4:25 PM 6 comments:

Amber Lynn Coplin - No "Self-Purported Nice Guys" got Sex - so It's OK.

According to our research, no "self-purported nice-guys" got any kind of sexual act from her - so we can all sleep easier tonight. The last thing our society needs, is decent young men getting laid! There is even a T.V. show dedicated to portraying how evil and nasty sex it - it is called, "Law and Order - Special Needs Unit". Many women are suffering from a condition called rape


The tragic death of this woman can only mean one thing for our society, especially for the little angels misogynistically known as women (with an E instead of a Y)... 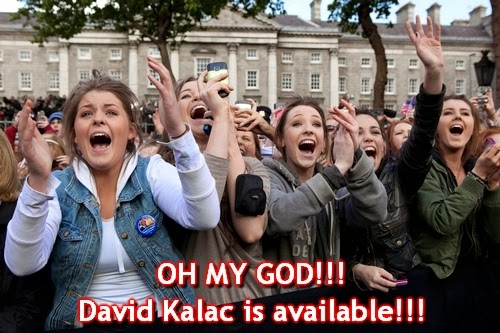 That right ladies, He is now available, and in prison. But - he is AVAILABLE!!!

Oh, but first, let us all take a moment, to celebrate this human sacrifice in wiccan fashion mourn that poor girls death. 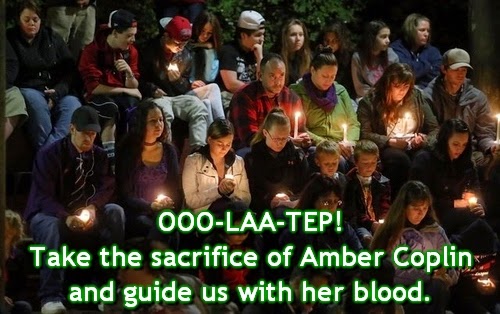 EEEK - seriously - that picture above looks like some kind of freaky wiccan cult.
Posted by Richard at 11:58 AM 5 comments: 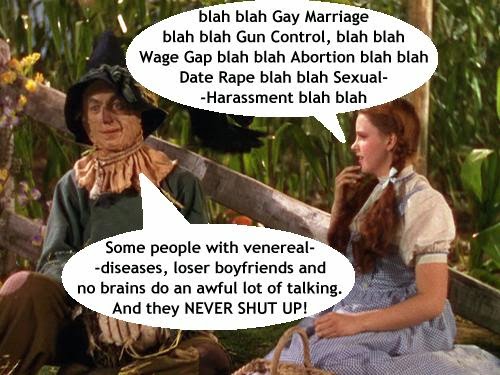