What's Wrong with this Statement?

So, I recently saw a commercial on the television that claimed that 33% of all traffic fatalities involve alcohol.

I took that to mean that 33% of traffic fatalities are caused by people driving drunk...

Does that sound right?

Well, that also means that 66% of traffic fatalities are caused by people NOT drinking.

So, the majority of traffic fatalities are caused by people NOT drinking.

Therefore, everybody should drive drunk - there would only be 1/3 of the fatalities...

Can anybody tell me what is wrong with my line of reasoning?

Yes, this is sarcasm.  I am stating this to make a point - I hate statistics.  Not only are 98% of all statistics made up on the fly, but you can take them to mean whatever you want - even if it is something seriously screwed up.

So - to the fruitelle-cakes in the world who are reading this - NO - I am not encouraging people to drive drunk - if you have been drinking, get a cab or phone a friend to drive you home.

I wrote this post to make a point about statistics - and how meaningless they ultimately are.

Knowing that, think about how many silly stats and factoids are floating around out there...

Think about how many people blindly accept any statistic presented to them.

(According to studies, 78.7% will blindly accept any statistic provided to them). 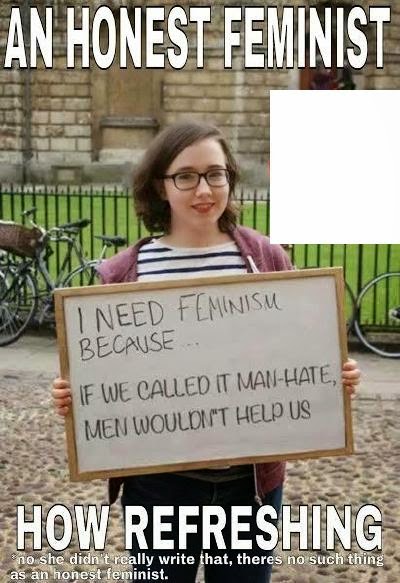 I like this meme.  I think I'll duplicate it as many times as I can, and re-post it later.

Have a great weekend all.
Posted by Richard at 5:43 PM 32 comments:

I Am Misogyny, And So Can You!

Yeah, I am a misogynist, and so are you.  Do you know why?

Because everybody on the god-damned planet f**king is by the insane definition of those that wield that word and constantly beat it over everybody's head.

Even women and feminists are misogynists.

Crap - pictures are worth a thousand words - here are 7000 words to express my disgust with that word - a word that never should have been brought up in a society that holds the safety, well being and comfort of women in such high regards - misogyny my a$$. 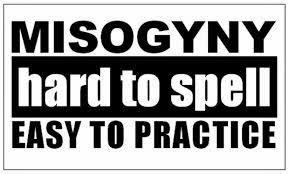 Yeah, Easy to practice, because pretty much everything qualifies as misogyny in the insane lunatics minds that like to use the word... The same lunatics who apparently have a hard time spelling it... 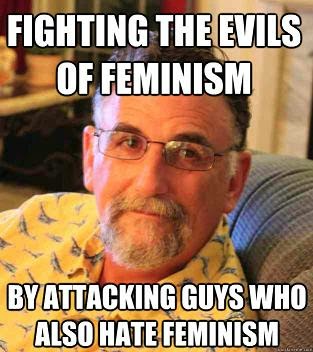 Hmmm. Looks like even people who stand against the insanity of the loonies that constantly scream "misogynist" are themselves, kind of well - insane. 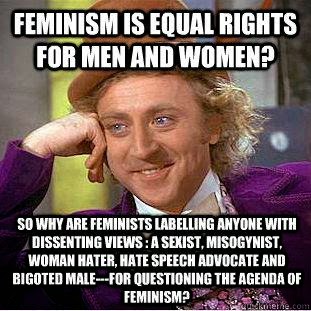 Humor and truth combined - makes one hell of a powerful message! 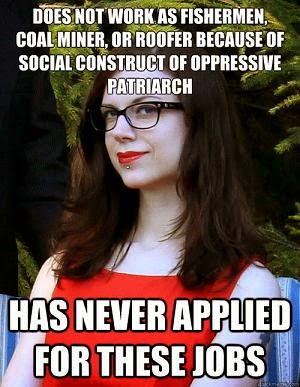 A typical example of a woman who supports "equality" and will call you a misogynist if you disagree with anything she says... 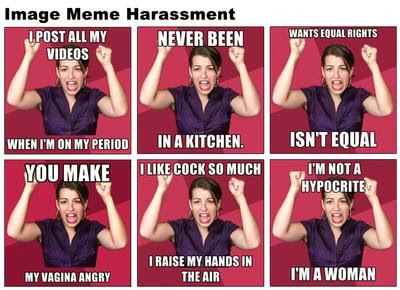 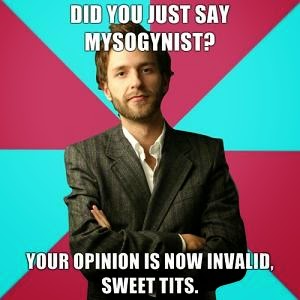 This one personifies me quite well - the problem - for some reason, women get real fugly to me when they use words like "misogynist"... 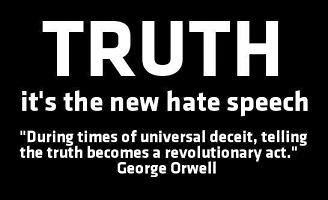 From "The Native Canadian" - In times of deceit, truth is considered "hate speech" and "dangerous" - sound familiar?

Anyway, I read a post from That INCEL Blogger about Paul Elam and others - it was nicely written, and quite informative.

If you are a man, women (feminists) will call you a misogynist - no matter what the f**k you do. I would say to a lesser (more subdued level) they will also hate you just for being a man. Remember "The Talk" - and the all female panel and all female audience cheering and applauding the drugging, torture, and sexual mutilation of a man THAT NOT ONE SINGLE ONE OF THEM KNEW PERSONALLY.

I know where the real misogyny is in our society is...


Misogyny is right at the end of the rainbow that now shoots out of every woman's ass.
Posted by Richard at 6:11 PM 11 comments:

I have not posted in a while, I have been brainstorming.  I watched a documentary about a man named Michael Morton. A brief glimpse of the documentary...

What I liked about it- it does expose the fact that many District Attorneys and public officials have too much monetary motivation, and too much power with NO ACCOUNTABILITY when they withhold evidence, tamper with witnesses, or commit fraud in the courtroom.

A quick rundown (if my memory serves), Michael Morton was convicted of killing his wife.  Public officials withheld the fact that a bandana was found (either in his yard or in his house) that did not belong to Michael Morton - but the real killer.

Michael Morton served more that 20 years in jail for murder because of corrupt public officials.  He got out of jail with the help of the innocence project - a charity that I used to donate money to.

Anyway, I have really been inspired by The Anti-Feminist's recent expose on David Futrelle.  It reminds me of various articles I read (not on AVFM) about Mary Kellett and her corrupt practices.

I think that people like Dworkin, Futrelle, Kellett and others need to be exposed to the public for what they really are.

Unfortunately, when I did research into David Futrelle all I came up with is the fact that he used to write stock investment tips or something like that.

It would really be nice, to have a site or blog devoted to exposing these people, and perhaps some non-violent and legal activism suggested on how to get these people out of public offices or positions of power.

If anybody has any suggestions on how to go about doing that, feel free to comment...
Posted by Richard at 1:05 PM 8 comments: