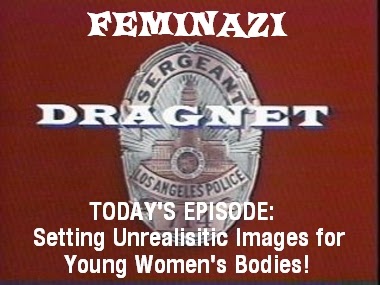 My name is Friday, I carry a badge. On March 21, 2014, I received an anonymous tip, that there were several women who were setting unrealistic standards for young women’s bodies roaming the area. 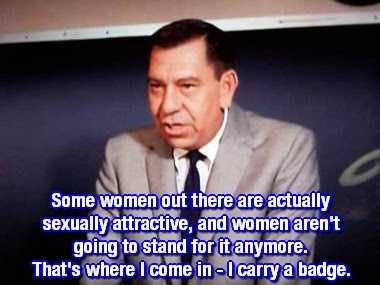 My partner is Bill Gannon - he frequently masturbates to pictures of Judy Garland.

We proceeded to the downtown area to investigate the rumors of the women who make other women jealous with their mega hot looks who were setting unrealistic standards for old hags who need to get laid young women.

We encountered several women that were bonerlicious. 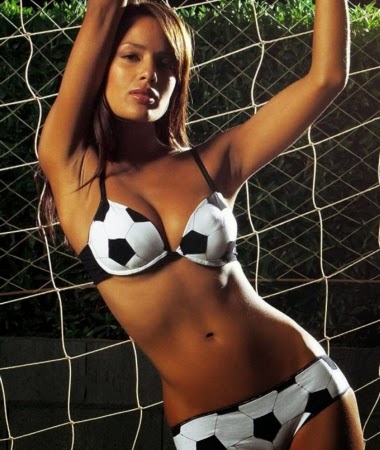 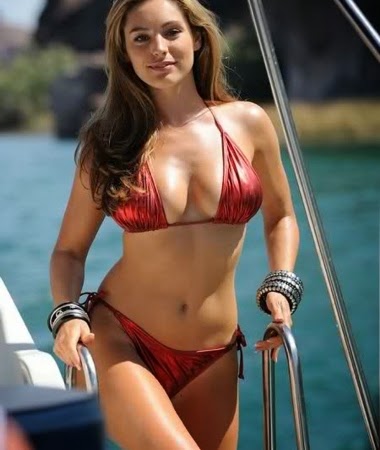 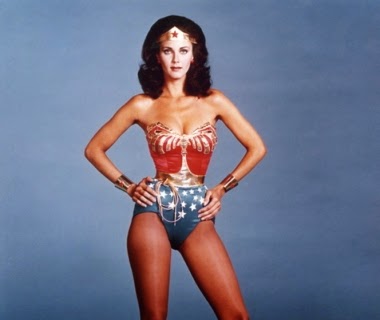 My partner Bill Gannon (who frequently masturbates to pictures of Wonder Woman) and I went to the headquarters for the National Organization for Women to ask them if Wonder Woman should be arrested too. 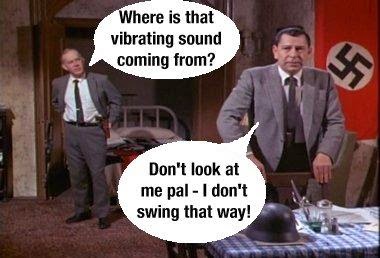 After waiting in the office for an hour and a half while hearing a strange vibrating sound emanating from all around us, they informed us that any woman, including Wonder Woman, setting unrealistic standards for a young woman’s body was breaking the law. 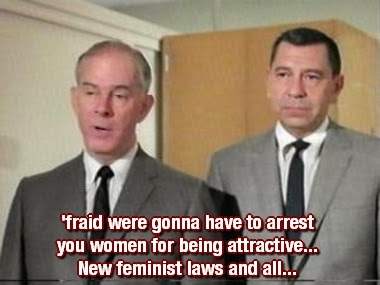 My partner Bill Gannon (who frequently masturbates to pictures of Janet Jackson) and I made several arrests.

These women were arrested and charged with conspiracy to set unrealistic standards for a young woman’s body in a state court of law.

In a moment, the results of that trial. 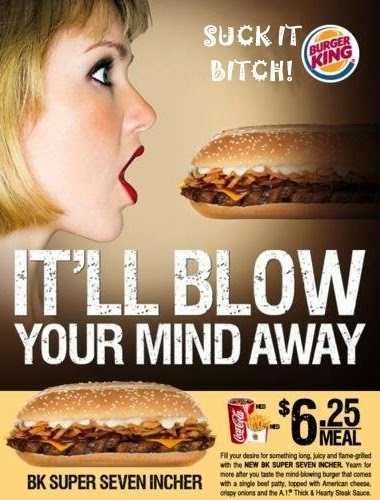 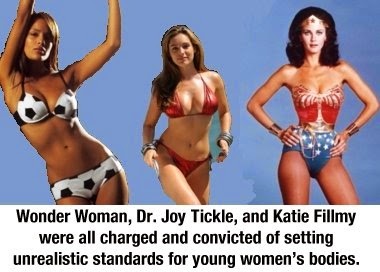 Wonder Woman, Dr. Joy Tickle, and Katie Fillmy were all charged and convicted of setting unrealistic standards for young women’s bodies. According to state law, they will serve no less than 2 years in prison for pissing off man hating bitches who couldn’t get laid at a man-o-sphere convention. 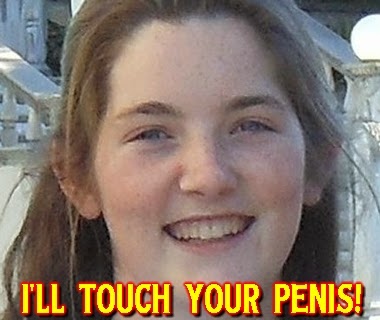 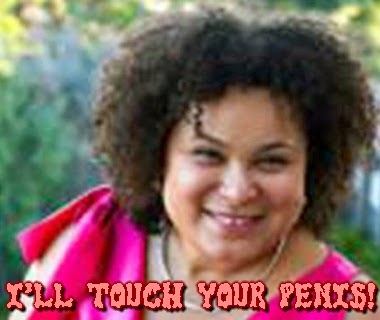 The teacher may be prosecuted in law, but the University that she works for will take no form of punitive action against her.

Modern day college campuses have become playgrounds for left wing extremists – who in their warped, parasitic and narcissistic minds – can do no wrong.

So, the morals of this story are as follows…

David Fruitty-Ass-Cake Futrelle thinks that women who assault, steal and vandalize are “awesome”.

Liberals on college campuses are above the laws of said campuses.

Liberals fully support free speech, as long as it jives with their own beliefs. Contradictory opinions expressed in free speech will be met with violence.

The liberals running our modern college campuses believe that pregnant women now have the right to physically assault people whenever they feel like it. 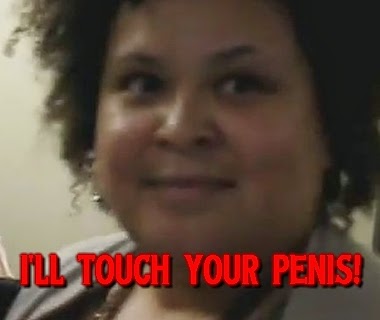 Mireille Miller-Young is the embodiment of everything that is wrong with modern women, and wrong with college campuses. She has multiple degrees is pseudo-sciences, is a flaming liberal, violent, ill-tempered, a hypocrite, has a hyphenated last name, and will not be held accountable for her actions by the college she teaches at.


Things like this are “educating” adolescents on modern college campuses.
Posted by Richard at 4:15 PM 11 comments:

Jessica Anne Strom 33 was arrested for trying to hire a hitman to kill her fiancé John Schellpfeffer age 49. Read about it here, here, here, here and here! 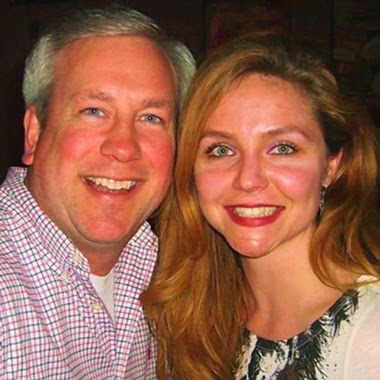 Jessica Anne Strom wanted her fiancé DEAD DEAD DEAD. She secretly hired what she thought was a hitman - promised him $1000 and SEX - yes - dirty filthy sex!

Anyway, the man turned down the offer of money and sex, and turned her into authorities. 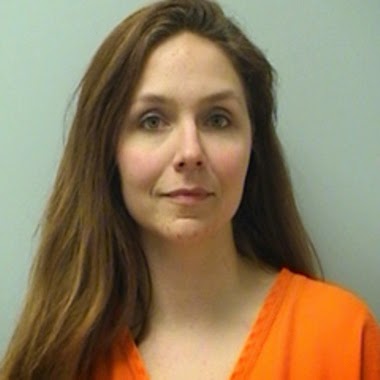 Of course, she says it was all part of a gag!

What I do not understand is this...

Why didn't the guy posing as a hitman say, "I'll take the sex now". Then, after having sex with her - turn her into authorities?

I mean seriously - grab a camcorder - make sure you get the FULL CONSENT on VIDEO - have some hot sex (with a skank - I think she is f**k ugly - but hey - beauty is in the eye of the beholder). Then, after that - turn her into authorities...

And honestly, I would have also taken the $1000 as well - then denied that she ever gave me any money after I turned her into authorities. I would have hidden the money in a shoebox in my house - or fed it to my dog.

So, I know many people will say that this woman's fiancé is dumb, but honestly, I think the guy she was trying to hire as a hitman is more dumberer. He could have gotten sex, $1000 and sent another post-feminist woman to jail where they belong.

This backs up Dr. Rookh Kshatriya's Anglo-Bitch Theory - "To her (the anglobitch), sex is a weapon used to injure and manipulate men".
Posted by Richard at 5:14 PM 11 comments:

Labels: but screw it, male resentment, murder, not monday

Funny, I have always heard "Hell Hath no Fury like a Woman's Scorn" - but even that is f**ked up.

The phrase, Hell Hath no Fury like a Woman Scorned was first coined by the English Playwright William Congreve. 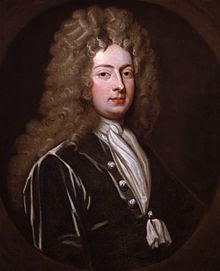 The phrase supposedly means that a woman will become very angry when a man does her wrong.

Yes, William Congreve has clearly made a contribution to our modern society. This phrase has been heard by almost everybody, and it is a warning to men - to not wrong a woman.

I believe in modern times, the phrase is something much different. I believe that the function of the phrase in our modern society is to mask the true nature of women.

I have noticed that women can scorn a man for no reason whatsoever. In fact, I believe that they often scorn their men when they are the ones doing him wrong.

That is my observation, and I do live in my small corner of the world - I realize that. But every occurrence of a relationship I have seen typically results in the scorn of a woman - a modern woman to be more specific - even when the man is doing the woman no wrong.

By using the term scorn (or the alternative wrath), it is implying that women always have a valid reason when getting angry at a man - when in fact, they are venting their own self-hatred on the man in their life.

Why do so many modern women act this way?

I honestly cannot say. However, I think that this phrase is inaccurate and should be replaced with something more descriptive of modern women.

Does pointing this out make me a misogynist?
Posted by Richard at 4:57 PM 9 comments: