Various women's groups are protesting the fact that the new mars rover has drawn a gigantic penis on the surface of Mars. 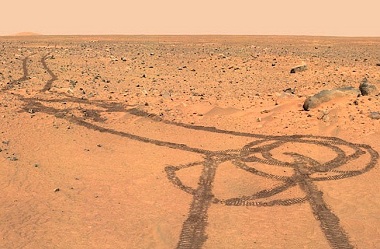 The women claim that the phallic symbol is degrading to women, has increased the number of rapes occurring on Mars, and martian women are now being forced into weight loss and prostitution programs - and are dying and suffering at alarming rates.  According to new studies, 1 in 3 women having sex will now burst into flames because of the penis drawn on Mars. 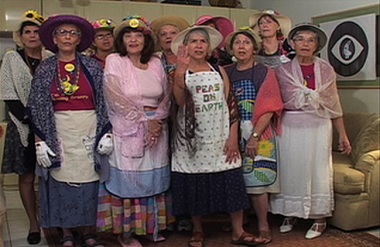 Women protesting the Penis on Mars

One women in the group in particular was quoted as saying, "This is the most disgusting thing I have ever seen, even more grotesque that Reese Witherspoon".  The uppity hags women's group were clearly furious over the penis, because they obviously haven't gotten any in years understand how dangerous and degrading the human penis is to women, civilization and the ozone layer too! 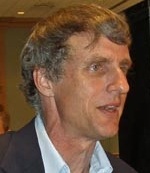 Steve Squires was allegedly reached for a comment and supposedly said this, "Yeah, the only reason we spent billions of tax payer dollars is so that we could draw giant penises on Mars just for sh*ts and giggles.  But we also understand the seriousness of contacting Alien civilizations, and letting them know that our dicks are bigger than theirs.  This will become more and more important as we reach for the stars - with our big penises - especially if we discover intelligent female alien life forms - man - that would be cool!"