Protests and Pepper Spray: Its all Fun and Games until a Pretty White Woman gets Hurt!

Yes, prostitutes protests are always fun, rioting, pepper-spray, people getting mangled - it's more than enough to give any patriarch a boner; however, it's all fun and games until a pretty white woman is hurt.

That is exactly what happened in the video above.

We here at MEN-Factor news are unsure about how many pretty white women were hurt during the pepper spray incident, but one thing is clear - all of the pretty white women's feelings were hurt, and that is just downright unacceptable.

Oh yeah, and remember - in the old days - these women would not be allowed to protest at all - they'd all be shackled to a stove in their house - where their husbands would regularly rape and beat them 25.7 times a day (Only if her were a heterosexual that is). HONEST!!!

The evil villain behind this whole incident is - guess what - that's right - a MAN (queue psycho music) - probably one who in the old days would have beaten and raped his wife at least 47.3 times a day - more than the average man from days past - because he is even more eviler than most men!

Did I mention that in days past, these women would not be allowed to protest at all - they'd all be shackled to stoves in their houses - getting raped and beaten by their husbands everyday (if they were heterosexual that is)???? HONEST!!!!
Posted by Richard at 11:13 AM 2 comments:

Oh, uhhh... I also made a naughty picture I am not sure I should show you...

EEEEEWWW - I am such a lecherous sort!
Posted by Richard at 2:50 PM 1 comment:

WOMEN AND CHILDREN FIRST!!! As Soon as We get Done Raping and Beating Them!!! 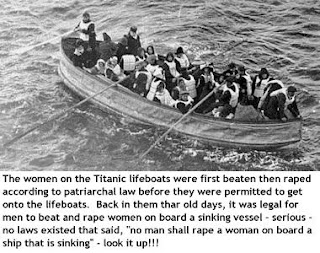 Yes dear brethren! Tis the very nary truth that mine lips doest utter! We must molest the children, rape the women, then beat them both the women and the children before we load them onto the life boats!

Dear brethren, I say unto thee, be it known by royal decree, that I, as a member of the secret patriarchy, that we shalt not make it illegal to rape or beat one’s wife!

Be it also known by royal decree, it shall be proclaimed that no law shall be passed making it unlawful to urinate on an infant child before eating them with a spoon.

Hence, from this day forward, it shall be legal to beat one’s wife, rape her, pee on infants, and eat infants with spoons. 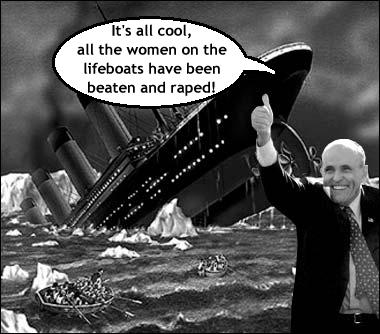 Thus sayest I, ScareCrow, secret member of the patriarchy!!!!


WTF is my point?

Well, just because something was not specifically ILLEGAL in days, does not mean it was not a crime. If you do not believe me – look up old laws – you will not see one single law forbidding anybody from eating babies with a spoon.

There was no reason to distinguish between violence and domestic violence.

There was no reason to distinguish between rape and spousal rape or ancestral rape.

The FEMINAZI’s made these laws, in order to further their agenda.

They can now cleverly say, "gee, in the old days, it was legal for a man to beat and rape his wife!"

"Before V.A.W.A., violence against women was perfectly OK."

Both of these are wrong.

Assault (violence) has always been a crime – in the home or not. Old laws simply did not make the distinction. Just as old laws did not specifically forbid people from eating babies.

The same thing applies to rape. If a man raped his wife, he was a rapist – period.

The feminuts would have us believe that is days past, these things were legal.


The feminuts categorized violence and rape into a plethora of cateories, and can now claim – that such things used to be legal.

Clever. And, it appears it has infected quite a few people’s heads. Very disappointing. 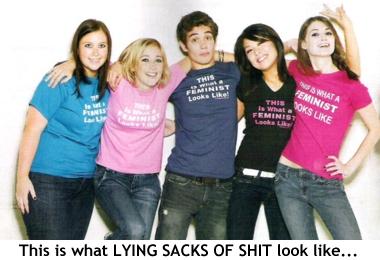 feminism
Posted by Richard at 9:12 AM 10 comments:

Jessica Valenti is a Sexist Bigot 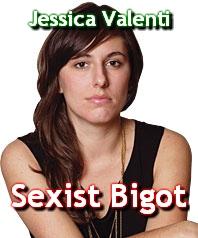 Jessica Valenti is a sexist bigot. 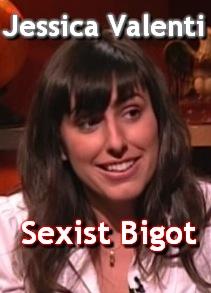 Jessica Valenti demonstrates an undeniable pattern of eliminating due process for men and ONLY men. 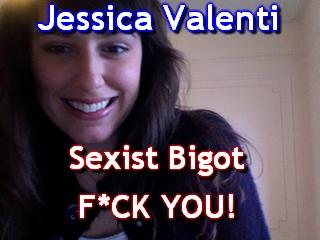 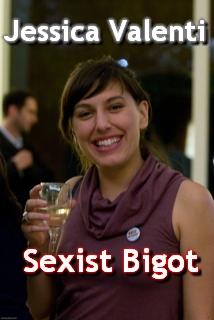 Jessica Valenti blamed the Jared Loughner incident on masculinity, and not mental illness. 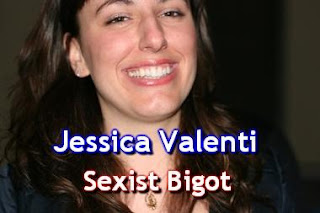 Jessica Valenti exhibits a pattern of gender profiling and focusing on an entire class of individuals based on sex alone.
Posted by Richard at 2:21 PM 13 comments:

Man Sought for Raping a Woman's Nose with his A$$.


As the man was passing the very merry Mary sitting on her beautiful park bench in la-dee-dah land, the man, Mr. Fartswell tipped his hat and menacingly said, "hello".

Mary Jane Rottencrotch has a degree in Womyn's Studies and knew exactly what the man was up to. She knew this just as she knows what any man who says "hello" to a woman is up to...


She turned to face the man - and caught a glimpse of his rear. As she did so, she heard a rather peculiar sound - that of perhaps an old sneaker being dragged across a freshly mopped tiled floor, or an old dog snoring.

Much to her shock, she realized that the man had passed gas. She immediately felt the odor of his rear end violently penetrate her nose without her consent. She sat still, too terrified to move.

She realized that the man had just raped her nose with his ass.

She fell flat on the ground, helpless and wounded. Of course, nobody helped her after this violent assault on her nose by the unnamed stranger's a$$. Eventually, she drudged up the courage and bravery to crawl home on her hands and knees, like a delicate dove - now wounded never to fly again - after this despicable and horrific assault committed against her olfactory lobes. She then took a hot shower, curled up in the corner, crying about this most heinous violation of her person. She realized that he had taken so much more from her than just the odors of the park. Neigh, she had taken her very soul and the essence of her being. She was now naught but a horse without legs, a bird without wings, a flower with no pedals... She used many different soaps and shampoos, but could not get the smell out of her mind.

Unfortunately, Mary Jane Rottencrotch is not alone. The Womyn's Studies Department at Ding-Dong University has compiled a list of crimes committed against women's nostrils by men's butts.

The following facts will shock you. We suggest that if you have young children, you send them to bed now, without any supper, and never let them view your computer screen EVER again.