Chen Wei-yih is scheduled to marry herself on November 6th, 2010.

However, the wedding plans are allegedly being rocked by scandal already. According to alleged sources, domestic violence is already allegedly erupting in the alleged marriage.

Chen is allegedly reported to have been allegedly severely beaten by herself. After allegedly being treated for alleged wounds to her face, chest, ass and neck, Chen allegedly told reporters:

I allegedly had it coming, I'd allegedly never bring myself an alleged beer when allegedly asked to do so. 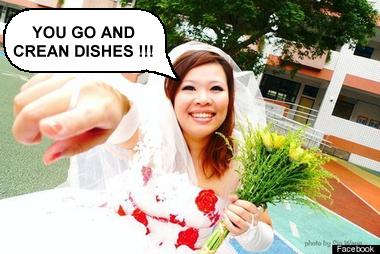 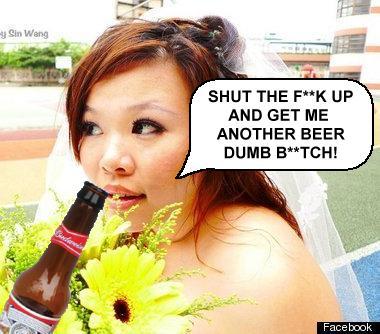 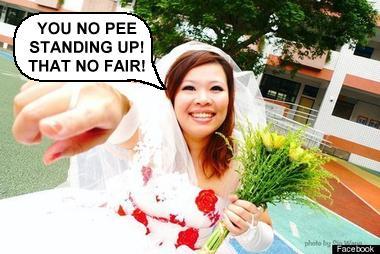 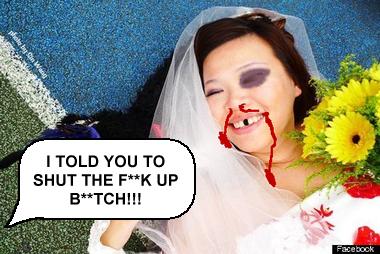 (Sorry, but I was feeling silly today - I cannot decide on what Halloween Party to go to tonight!).

Happy Halloween all!
Posted by Richard at 2:49 PM 1 comment:

I have no idea what prompted me to do this research!

It appears that they are NOT more dangerous - in fact, they are less dangerous:


If I read this right:

women in same-sex relationships who have a history of same-sex cohabitation have a 35% chance of experiencing domestic violence.

Now, lets look at the stats for straight women:

The table I obtained was by race:

Women who are lesbians have a 10% greater chance of being domestic abuse victims than straight women.

This should come as no surprise to any educated and properly enlightened person who has not had their head filled with factoids and myths.

The American Journal of Public Health states this:

This study, from a valid government institution, clearly shows that women are more violent than men.

One might ask: Why then do women sustain the majority of injuries from domestic violence?

If you take an average man, and an average woman - and have them physically fight - the man will win. It is a biological fact that men are taller and stronger than women.

Women are the initiators of violence 70% of the time - the majority of the time. PERIOD.
Posted by Richard at 10:28 AM No comments: